5G Technology, Applications And 5G’s Current Status in India And The World 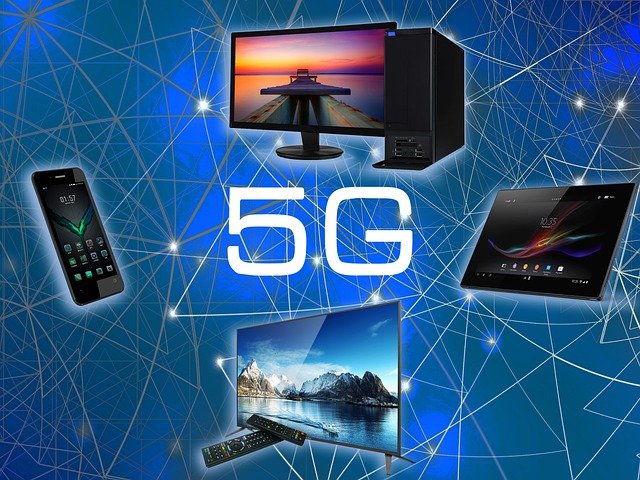 Providing the next age high speed data transfer, 5g is the fifth generation wireless network Technology. The 5G Technology emerged in 2019 is capable of handling rising mobile data traffic and network requirements of high speed multimedia streaming. In 5G, the radio spectrum is broken up in small bands, each with unique features as you move up into higher frequency.

The advanced 5th generation technology is designed to resolve the data transfer issues like speed, latency and utility existing with current and previous generations of cellular networks. Capable of transmitting data with a speed of 10 times faster than 4G network, it can provide multiple connections simultaneously without disruptions.

5G: One Step Ahead of 4G Technology

In recent years, technology has played a massive role in boosting Economic activities across the country. As per the data of Telecom Service Providers, around 98% of Indian population is in the range of 4G network, which resulted in growth and creation of employment opportunities. In the series of generations starting from 1G in the 1980s to 5G, 5G is the latest upgraded version that can literally connect everything together including objects, machines and devices. While 4G networks use frequencies below 6 GHz, 5G uses High frequency in the range of 30 GHz to 300 GHz.

Network Generations From 1G to 5G

In the 1980s, the first generation of mobile networks was introduced having just one specific feature of voice call by using analog signals. Then in the 1990s, 2G was launched which uses Digital radio signals and supports both voice and data transmission with a bandwidth of 64 kb/s. During the 2000s, 3G Technology was introduced with a speed of 2mb/s and capacity to transmit telephone signals including digitized voice, video calls and conferencing. Since the 2010s, with the 4th generation LTE technology we have been enjoying and utilizing almost every feature of multimedia broadcasting, 3D virtual reality with a peak speed of 100Mbps to 1Gbps.

Primarily there are three main areas of application with the enhanced capacities of 5G. The first one is, Enhanced mobile broadband, the second is Ultra reliable low latency communication and the third is Massive Machine type communication. Though Enhanced Mobile broadband (eMBB) has been adopted in 2020, the use of 5G in the rest of two fields is quite far in the current scenario.

EMMB is an enhanced version of 4G LTE (Long Term Evolution) technology, with faster connections and more capacity, useful in the areas of higher traffic like stadiums, cities and concert venues. With Massive Machine type Communication millions of IoT devices can be operated via 5G in near future.

Status of 5G Network in India

Talking about the 5G initiative in India, initial roll-out of 5G services is expected to commence around August-September 2022, as the spectrum auction will tentatively be held in the months of June to July this year. Department of Technology (DoI), GOI has approved the permission to Telecom Service Providers for conducting trials for application of 5G technology. Further after conducting a successful trial of achieving a user throughput of more than 3 Gbps, Bharti Airtel has signed an MOU with Nokia and Ericson to support 5G rollout. Service Providers like Vodafone Idea, Reliance Jio are joining hands with vendors like Ericson, Huawei, Samsung for rolling out 5G network in the country.

DoT has confirmed the installation of a 5G network in 13 cities in India by the end of 2022, including cities like Mumbai, Delhi, Kolkata, Chennai, Gurugram, Bangalore, Chandigarh, Ahmadabad, Jamnagar, Hyderabad , Pune, Lucknow and Gandhinagar.

According to a study, 5G’s full economic impact will be realized by 2035, with an estimation of market value of $13.1 trillion and $22.8 million worth of job creation. Commercial 5G networks have started to be deployed in more than 60 Countries throughout the world since early 2019. Countries like Japan and China, USA have already started 5G mobile Services on trial basis. The network has started to work in 50 cities in the USA alone.

The service is expected to reach 12% of world mobile connections which is around 1.1 billion, and is potential to generate revenue up to the US $ 1.3 trillion by 2025 for operators. Other countries like South Korea, France, Germany are also preparing for an early adoption of 5G technology.