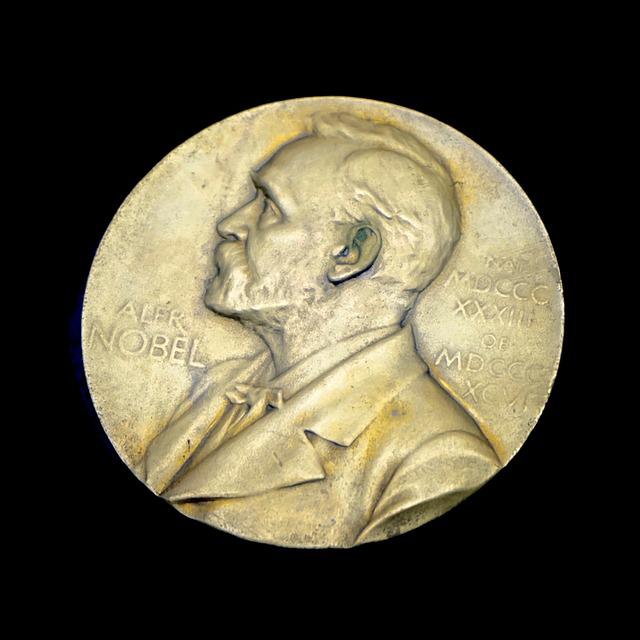 The Nobel prize was established by Sir Alfred Nobel. As a result of his last will, where he mentioned giving his remaining assets to honour the efforts of those who are doing exemplary works in favour of humanity.

Since 1901, the Nobel prize has been given every year in 5 fields, in the name of Sir Alfred Nobel. These fields are Physics, Chemistry, Literature, Physiology or Medicine and Peace. Economics was later added in 1969.

Who Was Alfred Nobel?

Sir Alfred Nobel was a prominent Swedish Scientist, Chemical engineer, Innovator, Businessman and Philanthropist. He was born on October 21, 1833 in Stockholm, Sweden as a son of Immanuel Nobel and Andriette Nobel. However he is known as the innovator of Dynamite, there were around 355 patents on his name by the year of his death in 1896.

Although Alfred was a very clever businessman, he also had a poetic heart. His love for poetry could be sensed by the Nobel prizes he chose to be given in the field of literature.

In 1867, Nobel invented Dynamite, a blasting explosive by using Nitro-glycerine with a fine sand called Kieselguhr. His other inventions include detonators, blasting caps, synthetic rubbers, explosive powders and so on.

What a Nobel Prize Winner Gets?

On November 27, 1895, Alfred signed his last will at the Swedish- Norwegian club at Paris. His total assets worth around 31,225,000 Swedish Kronor was set aside to establish 5 Nobel prizes in his name. Since 1969, with the addition of Economics, now the prize has been given in six fields. A Nobel prize winner receives 3 things, a Nobel diploma, a Nobel medal and a cash prize of Rs 7 crore 22 lakh or 10 million Swedish Kronor.

In 2021, the following persons are the recipients of the Nobel Prize in six fields.

The Nobel Prize in Physics 2021
This award was given to 3 persons. It was given to Syukuro Manabe and Klaus Hasselman for the ‘physical modeling of Earth’s climate, quantifying variability and reliably predicting global warming’ and to Giorgio Parsi for the ‘discovery of interplay of disorder and fluctuations in physical systems from atomic to planetary scales’.

The Nobel Prize in chemistry
The prize was awarded to Benjamin List and David WC Macmillan for ‘the development of asymmetric organocatalysis’.

Nobel Prize in Physiology or medicine 2021
The prize was jointly given to David Julius and Ardem Patapoutian for the ‘discovery of Receptors for Temperature and Touch’.

The Nobel Prize in literature 2021
Abdulrazak Gurnah was awarded for his ‘uncompromising and compassionate penetration of the effects of colonialism and the fate of the refugee in the Gulf between culture and continents’.

The Nobel Peace Prize 2021
It was jointly given to Maria Ressa and Dmitry Andreyevich Muratov for ‘their efforts to safeguard freedom of expression, which is the precondition for democracy and lasting peace’.

The Sveriges Riksbank Prize in Economic Science or Nobel Prize 2021
It was given to David Card for his empirical contributions to labour economics. Also was jointly given to Joshua D. Angrist and Guido W. Imbens for ‘their methodological contribution to the analysis of casual relationships’.

Facts On Nobel Prize For Examination

Here are some of the important facts we are presenting for examination purposes about Nobel prizes.