Big Question: Will going back to the Moon help humans land on Mars? 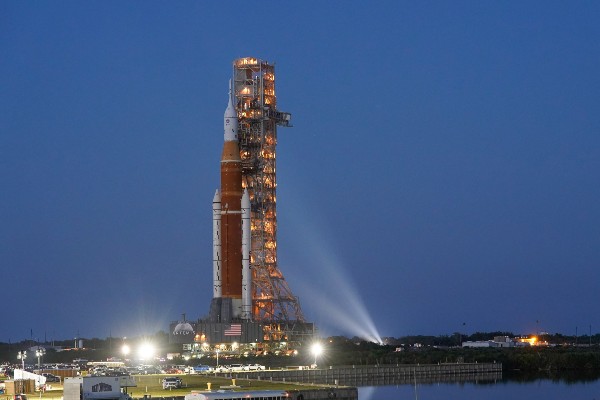 NASA’s Artemis is not simply targeting to repeat the feats of the Apollo missions, but rather to go to the Moon and stay there. That means investigating the possibility of establishing bases both on the Moon’s surface and the lunar. However, the primary goal for now still involves returning humans to the Moon by the middle of the decade.

1. Equality: NASA will land the first woman and the first person of colour on the Moon, using innovative technologies to explore more of the lunar surface than ever before.

2. Technology: From rockets to spacesuits, the technologies currently being developed are designed to pave the way for future deep-space exploration missions.

3. Collaborations: The Artemis programme is one of NASA’s first large-scale collaborations with commercial companies, such as Blue Origin, SpaceX and Boeing.

4. Long Stay: Where the Apollo 17 crew spent three days on the lunar surface, Artemis aims to establish a base to extend the trips to weeks and possibly months.

5. Research: NASA claims that this next series of missions will be able to retrieve samples more strategically than during the Apollo era.

6. Finding Resources: The discovery of water on the Moon and potential deposits of rare minerals hold promise for scientific and economic exploration and exploitation.

How will NASA get back to the Moon?

There are four main phases of the Artemis Moon missions. These include:

It is equipped with life support systems and shuttle interfaces; Orion is the command module to transport the astronauts through space.

The Lunar Gateway is a small space station orbiting the Moon, designed to be a flexible platform for missions to the Moon and beyond.
The Orion module will dock with Gateway; from here, the astronauts will transfer into the lunar landing module.
The Lunar Gateway won’t be permanently occupied like International Space Station but will serve as a platform where astronauts can live and undertake research for short periods.

The lunar landing vehicles will take cargo and humans from the Lunar Gateway to the Moon’s surface. NASA is working alongside commercial companies to develop a human landing system (known as HLS) and a series of other vehicles for robotics and cargo.

Tying together all these elements is the launcher that will carry them beyond Earth’s atmosphere and into space. This super heavy-lift rocket can carry almost 180,000 kg and cost over $800 million per launch. When complete, the SLS will be the most powerful rocket in the world.

Will going to the Moon help humans land on Mars?

While the journey to the Moon takes three days, reaching Mars is a far more ambitious and complicated goal. NASA sees Artemis as laying the foundation for international space agencies and private companies to build a lunar settlement and economy, sending humans to Mars.

WHERE IS ARTEMIS GOING?

The initial Artemis moon missions and the selected astronauts will fly to the Moon’s south pole. This area has great potential as it is believed to be home to the highest abundance of water ice.