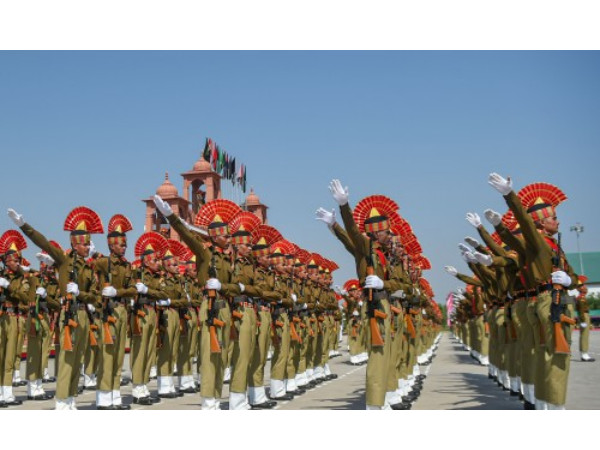 Truth: Mathematics paper in the written tests phase of NDA is one of the most holistic papers. It tests the candidates’ command over mathematics. If an aspirant is weak in mathematics, they need to study maths from the exam point of view and maybe, the correction would be lenient in case of non-maths students.

Myth 2: Sectional cut-off does not matter.

Truth: It is a very common misconception amongst the candidates that as the usual cut-off is on the lesser side of 370, thus the strategy should be to pick any two subjects and score the marks in them while leaving the third out. The truth is that while the cut-offs are such that the mastery of two subjects can get you past, getting 20 % marks in each section is mandatory for selection in the written test.

Myth 3: SSB is a competition, and one needs to come out at the top for being recommended

Truth: The underlying idea behind SSB is to judge the individualistic capability of the candidate to perform under pressure. It is designed to deduce the attitude and psychological strength of the candidates. The process is designed in the way that the experts can create an overview of each candidate’s personality. SSB is a platform for aspirants to showcase their emotional and psychological agility. So, when in SSB, just concentrate on your own performance.

Myth 4: Freshers have a better chance of clearing SSB than repeaters

Truth: This is probably the most overrated belief amongst the candidates and is as far from the truth as possible. While it is true that it is easier to create the psychological profile of the freshers, there is no factual basis behind believing of any prejudice against repeaters. If a candidate is eligible and able, then they are at par with anyone and everyone in the fray.

Myth 5: Women candidates are deliberately rejected in the SSB

Truth: In the recruitment notification, it is already mentioned that women candidates can only apply for NDA and there is a batch with a specific number of women cadets assigned at NDA, thus it is not even logical to think that the women candidates will be deliberately taken out of contention.

Myth 6: High proficiency in English language is a mandatory criterion

Truth: While it is preferred that the gentlemen and lady cadets can speak and understand English, it is no way a mandatory criterion. Any candidate with a working knowledge of English has as much chance of getting recommended as someone overwhelmingly proficient at it. The simple fact is that knowing only English will not get you past CDS, neither will not being proficient at it put you at any decisive disadvantage.

Myth 7: Candidates with defence background are given preference

Truth: At the time of SSB, the candidates who have had schooling from military schools and those who have NCC certifications are recorded separately but that is only due to the fact that there is a separate quota for them, which is pre-announced in the notification. Other than that, there is no distinction amongst the candidates. Any recommendations from existing defence officers are void at the time of SSB and will only paint a negative picture of the candidate’s character.

Myth 8: Medical after the SSB is just a formality and need not be taken seriously

Truth: Medical tests are held after the final day of SSB. The candidates who have been recommended at the time of conference are checked for the benchmark fitness standards like vision, hearing, color blindness, flat foot, knocked knees etc. This being the final stage of selection is as crucial as others as there have been numerous cases when the candidates recommended in the conference are not finally selected after failing to pass the medical.

Myth 9: Formal training for SSB is the only way to pass the process

Truth: This misconception has been planted into the minds of the aspirants by the coaching centers who dwell on the insecurity and the desperation of the aspirants. As a matter of fact, the officers in the SSB board actually discourage this practice as it leads to the candidates trying to paint a fake personal picture of themselves.

Truth: Any external help in addition to the aspirants’ own effort might act as an addendum and an extra push for clearing the exam but thinking that it could replace self-study and effort is just being delusional. Taking mock tests, quizzes and going through the experiences of successful candidates will only bear fruit till the aspirant knows that what matters at the end of the day is their own dedication and ability.

PrevPreviousUPSC Launches One-Time Registration Facility; Check all details & FAQs here
NextNIFT gets its 18th campus in Daman: know all others with location and rankingNext