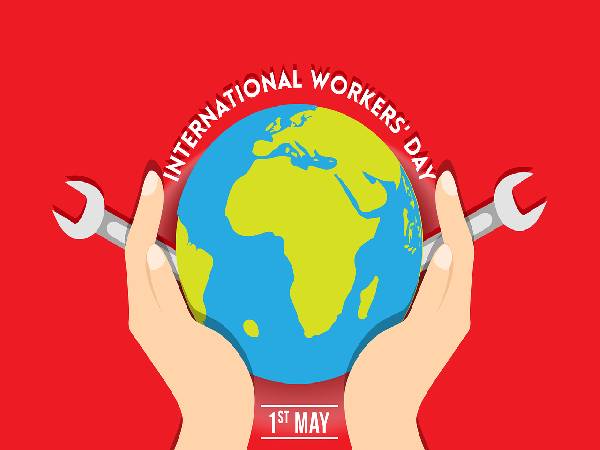 On the occasion of the International Workers Day, it is imperative to understand the importance of labour laws which aroused out of the growing demands of workers for better working conditions, right to recognition and organisation, better labour costs, and have a balanced relationship between employers and employees in honouring each other’s rights and avoid conflict. In realisation of this objective, several countries have formulated labour laws, including India

The laws relating to labour and employment in India are also known as Industrial law. There are several constitutional provisions with regard to the labour laws to uphold the dignity of labour and safeguard their interest. The Indian Constitution in Articles 16, 19, 23 & 24 under Chapter 3 and Articles 39, 41, 42, 43, 43A & 54 under Chapter IV in sync with the Fundamental Rights and Directive Principles of State Policy protect the labour interest.

Labour falls under the concurrent list in the Indian Constitution implying that both the Union and the State governments can legislate and administer matters relating to labour. Let us explore the Four Labour Codes of India this May Day that have a bearing on the workers’ rights and livelihood.

The Government of India has codified 29 Labour Laws into 4 Labour Codes the benefits of which will be available to workers of both organized and unorganized sector. Let us explore these Four Labour Codes of India.

The Central government has merged 4 laws in the Wage Code 2019 ensuring minimum wages to 50 crore workers in organized and unorganized sectors, timely payment of wages, equal remuneration to male and female workers and increased wage ceiling from Rs. 18000 to Rs. 24000

The Union government has amalgamated 9 laws in the Social Security Code 2020 ensuring the rights of workers for insurance, pension, gratuity, maternity benefit – minimum of 26 months paid leave, etc. through a comprehensive legal framework.

The Union government has combined 13 laws in the OSH Code ensuring the security of interests of workers engaged in factories, mines, plantations, motor transport sector, bidi and cigar workers, contract and migrant workers.

The Central government has combined 3 laws in the Industrial Relations Code that safeguards the interests of Trade Unions as well as the workers. All essential steps have been taken for industrial units and workers to avoid the emergence of disputes and conflicts in future.

These are the four major Labour Codes formulated for Govt. of India for the benefit of all working sections of the society.