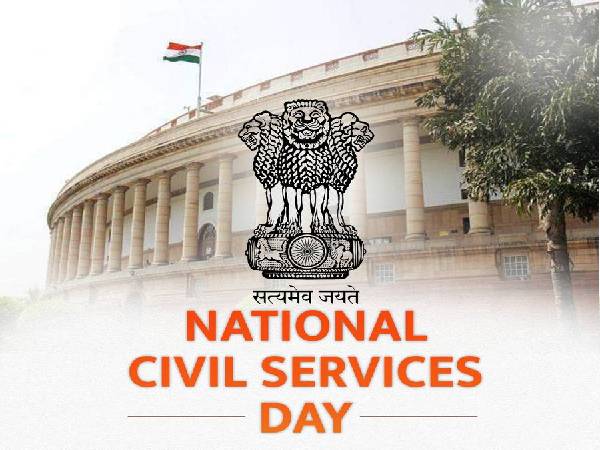 India is observing the 17th year of the National Civil Services Day today i.e. on April 21, 2022, to acknowledge the contributions of the Civils Servants to the Indian administration and governance. The Civil Servants from the backbone of the Indian executive machinery are posted in various departments across the length and breadth of the country to ensure smooth and effective implementation of government policies and programs contributing toward the national building.

National Civil Services Day is observed on April 21 every year by Govt. of India to recognize the contributions of civil servants to the Indian administration and nation-building.

Patel laid down the rules and guidelines for good governance and administration referring to the civil servants as the ‘steel frame of India’.

India’s first National Civil Service Day was observed on April 21, 2006, at Vigyan Bhawan in New Delhi and since then it’s been an annual affair.

Civil Service Day is marked by the Prime Minister’s Awards for Excellence in Public Administration conferred upon the Civil Servants in recognition of the extraordinary and innovative work done by them in districts/ organizations of the Central and State Governments.

The foundation of Civil Services in India was laid down by Warren Hastings, but was reformed, modernized, and rationalized by Charles Cornwallis who is regarded as ‘the Father of Civil Service in India’.

Civil servants are paid from the Civil List and enjoy protection under Article 311 of the Indian constitution from politically motivated or vindictive action.

The Indian civil service system is rank-based with the Cabinet Secretary as the highest-ranking civil servant. Senior civil servants may be called to account by the Parliament.

The Ministry of Personnel, Public Grievances, and Pensions are responsible for training, reforms, and pensions for the civil service system in India.

According to the latest data available, India has a total strength of 5231 IAS Officers as of January 1, 2021. Here’s how the Steel Frame of India looks as Sardar Patel had addressed the #Civil Servants on this day in 1947 as per the latest statistics.