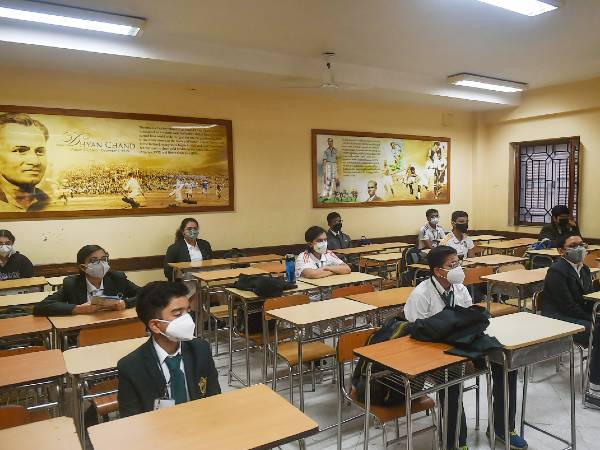 After schools, several colleges in the city and elsewhere in West Bengal are holding online classes for their students following the state government notice to either advance summer vacation or entirely shift classes to the virtual mode due to the summer heat. They have, however, asked the teachers to come to the campus at least thrice in a week to clear pending administrative and academic work.

Several teachers are taking online classes from the campus which have wifi comnnectivity, the spokespersons of the colleges told PTI Saturday. Principal of government-run Lady Brabourne College, Siuli Sarkar told PTI “We have completely shifted to online classes in all disciplines and they will continue till the scheduled vacation begins from the third week of May”.

She said the college campus is not closed and its staff are coming for academic and administrative work. Many teachers of the college are conducting online classes from classrooms, while others are doing so from their homes.

“Only students are not supposed to come till the end of the vacation during mid June,” the principal of the prestigious women’s college said.

The government had in a notice on April 27 instructed educational institutions to advance summer vacation to May 2 or hold classes in the virtual mode in view of the summer. However, the temperature cooled due to back to back Nor’westers after Chief Minister Mamata Banerjee’s announcement on this. Schools and colleges had reopened in February after being closed for about two years due to the pandemic.

Principal of St Xavier’s College, Father Dominic Savio said while classes are being held online, practical examinations and submission of projects will be done physically in the campus. “The college library and office are open from Monday to Friday as is usual,” he added. A spokesperson of Barrackpore Surendranath College said “We have switched to the online mode from May 2 so far as holding classes are concerned. But meeting with parents, submission of projects, practicals are being held on scheduled days.” A spokesperson of West Bengal College and University Professors Association said all colleges in city and elsewhere in south Bengal are conducting virtual classes. Privately-run schools, which had decided to continue in the offline mode despite the notice of state education department on April 27 to declare summer vacation in view of the heat, switched over to online mode from May 6.

The state government had on May 5 directed that the private schools should abide by the its guidelines keeping in mind the threat to the health of students due to the extreme summer heat. The Samagra Shiksha Mission of the West Bengal schools education department said principals of the recognised self-financed institutions managed by private bodies should conduct classes in the online mode if required. It should be done without disturbing the examinations held by the Board of Secondary Education or the Council of Higher Secondary Education.

PrevPreviousPIB confirms, NEET PG exam not postponed, will happen on May 21
NextHybrid system of online and offline learning should be developed: PM ModiNext