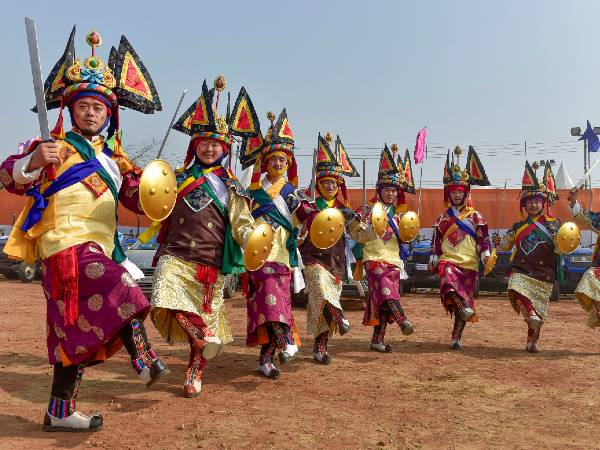 On May 16, 1975, Sikkim got its status of full fledged 22nd state of India. Since then every year, May 16 is celebrated as Sikkim foundation day with all cheers and swings.

Sikkim is one of the 8 Northeast states which has a specific geographical location. It is surrounded by the long stretches of Tibetan plateaus in the North, kingdom of Bhutan in the East, Kingdom of Nepal in the west and Darjeeling in the South. Till 1975, Sikkim was an independent Mountain Kingdom, situated in the lap of Himalayas. The state is rich in terms of its cultural diversity, variety of languages, and various species of Flora and Fauna. Sikkim, known as the valley of flowers, is a home of 515 rare species of Orchid, out of 5000 species of flowering plants.

Here we are presenting some important points about state, which comes handy from your exam purpose.

While the national average of women workforce is 26% in the country, Sikkim is way ahead with its 40% women workforce. Its 66% working population falls under the age group of 15-59 years.

Agriculture and tourism play a major role in Sikkim’s economy. Due to its suitable climate for agricultural and horticulture it is the top producer of large cardamom, which contributes over 80% of India’s total production. Its fertile soil supports multiple crops like,rice, wheat,barley,maize, millet,urad, soya bean & mustered. In August 2019 it was recognized as the World’s first 100% organic state by UN Food and Agriculture (FAO).

World’s 3rd snow covered highest mountain Peak Kanchenjunga 8,586m is situated in Sikkim. First highest peak is Mount Everest 8848 m and the second is K2 8,611m. Valley of Sikkim attracts a large number of people every year due to its advanced treasure of Flora and fauna as well as mountain tourism. Tourism has emerged as a new profession for localities. Village tourism, homestay, cultural tourism, ecotourism, wellness tourism, Flora and adventure tourism has become the key contributor in Sikkim’s economy.

Sikkim’s first ever airport Pakyong Inaugurated in 2019, is boosting the state’s connectivity across the country with around 60 aircraft movements on a daily basis.

Due to its trade policies, it is the home of some well known players in the Pharmaceuticals industry like Cipla, Sunpharma, Zydus Cadila, IPCA, Unichem etc.

During 2020, Sikkim’s total Foreign inflow was around US$ 6.35 billion. Government of India has initiated North East Industrial Scheme in 2017, under which various developmental Initiatives are being taken in all these 8 Northeast states.

As per 2019-20 economic data, the secondary sector contributes the most to the State’s GSVA with 62.78, followed by 27.02% of tertiary sector and primary sector at 10.20%. The first Swadesh Darshan Project was also launched by the Ministry of tourism in 2019 at the zero point, Gangtok, Sikkim.

Some interesting Facts About Sikkim